Home » Support » Documentation » Outside conditions influence on the measurement accuracy

Outside conditions influence on the measurement accuracy

According to first equation an interferometer’s unit of measure in length measurement is laser’s wavelength.

Where: N – number of pulses,

From definition a wavelength depends on laser’s frequency f and the speed of light v in the measuring path.

Where: n – the refraction coefficient.

If the measurement is done in vacuum, than  v= c = 3*1G m/s. The speed of light in a medium other than vacuum (e.g. air, water) is lower and is described as Normally the refraction coefficient n is a complex variable or even a tensor, but for less accurate calculations it is simplified to a constant. The air coefficient depends mostly on the pressure P, temperature T and humidity H. The dependence

, for the air was empirically determined by Edlen and is described as

From the above equations one may obtain the refraction coefficient dependences on T, P and H in usual conditions (T=293K, P=1000hPa, H=50%): 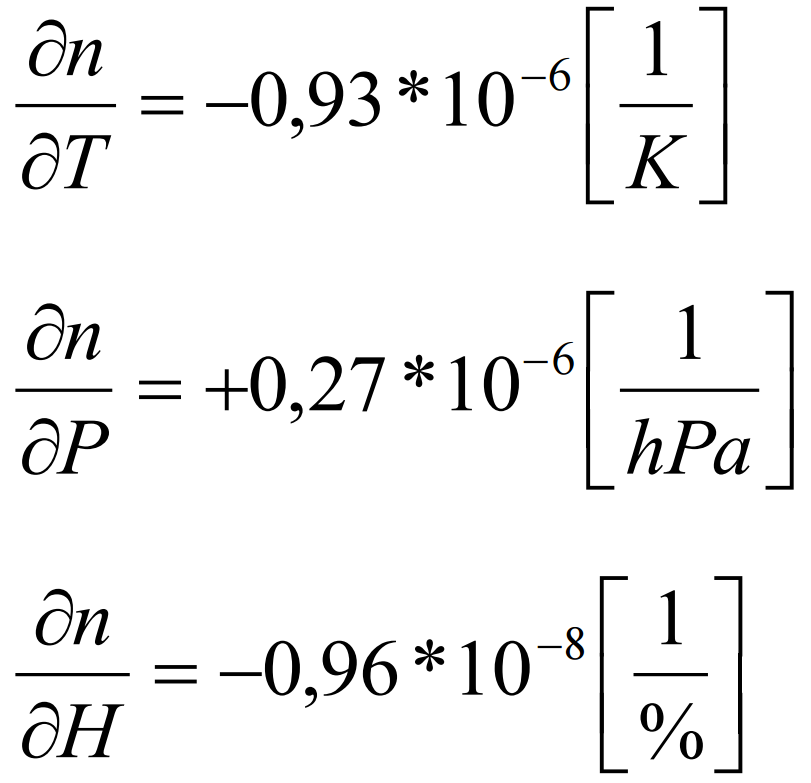